In todays “What I Think Wednesday“, I want to delve into an idea that has puzzled me for quite some time.  I have had the opportunity to work for several major department store brands, and have observed “national/international” artists that work for those brands and wondered whether those roles are still relevant in this day and age.  Let me explain a little more.

In 2006, I joined MAC cosmetics as a full time artist.  I was excited mainly because I was leaving a retail job where I had a management position, way too much responsibility, and and a tiny salary!  I applied to MAC because the people always looked like they were having fun, and they got to apply and sell makeup, and that was it!  Now of course when I started, I learned that there was a lot more to it than just “having fun, and selling makeup”.  I also learned that just like any other company there was a hierarchy, and that I was at the bottom.

About six months in, I learned about the “pro artist” position which sounded like it could be up my alley and secretly aspired to have that position.  I happened to work with one of the most talented teams I think the company has ever seen, one went to school to learn special effects makeup and has done Project Runway and several covers for major magazines including Vogue, Marie Claire, and Bazaar, one was responsible for providing makeup and male grooming services for Puff Daddy and the family’s Bad Boy Reunion tour which just ended, another has done makeup for some feature films and several reality stars from Love and Hip Hop New York, another has done several reality stars from Love and Hip Hop Atlanta and designed a clothing collection featured on a recent televised BET fashion show curated by the super famous and talented stylist to the stars, June Ambrose. My makeup partner in crime just did half the cast of Beyonce’s Lemonade video for the VMA’s, and makeup for tons of other super talented CEO’s and celebrities for the Soul Train Music Awards, Black Girls Rock, BET Hip Hop Awards, and this years Democratic National Convention or the DNC as most folks refer to it.(i worked it too!)  So needless to say, I learned from some of the best damn people in the industry, but none of them were”national artists” by MAC’s standards, and neither was I. 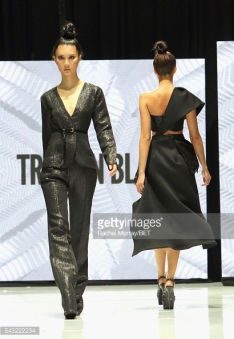 walks the runway at the Fashion & Beauty @ BETX sponsored by Progressive fashion show during the 2016 BET Experience on June 26, 2016 in Los Angeles, California. 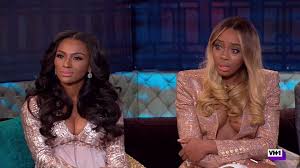 So about eight months after working for MAC, a friend of mine who also happened to leave the company and do amazing things in make up, asked me to look at the roster of national artists and tell her what I noticed.  As soon as I researched what she had asked, I noticed that there were only about two to three black national artists.  I also learned that the company used agency artists to do many of their major campaigns.  From those two pieces of information and my observations that sales reigned supreme and that artistry came second, I felt 100% discouraged from trying to really go after becoming a pro artist for MAC cosmetics.  After about a year of working for the company, gaining about 20 pounds, drinking like a fish to keep the stress of making sales goals at bay, and having nightmares about what would happen to me if I did not make my goals, I quit!

After that, I went on to freelance for several other companies observing that most of the “national/international/pro artists” seemed to have their positions for decades.  Many of them were/are men, and they seemed to keep these positions with their respective companies until they decided to retire.  I also learned that outside of very specific events in certain locations where companies provided their bio’s to help garner clients to make appointments to have these premier artists do these women’s makeup, they were invisible!  Most of them are middle aged men, which means they did not come up in the age where social media is a necessity.  They have little to no social media following, and literally travel from state to state making appearances at events to enhance some customers makeup.(because of the number of attendees, it is impossible for them to do full faces on every woman that sits in a chair)

Now I have worked some of these events and watched the “national artists” do the exact same look on every woman they touch no matter what age or race the women were!  I also have had several women tell me that they would prefer me to complete their look from start to finish because they didn’t know or trust the guest artist for that day!  Besides those issues, there is still one glaring concern.  With hundreds of thousands of sales people aspiring to be artists with these brands, if the majority of the “national/international/pro artists” are middle aged men who take up these coveted positions and never seem to leave to go on to do other things in their careers, how can these hundreds and sometimes thousands of aspiring artists have a chance at these positions?

With each of these companies there are tons of regular sales and management positions, and few positions open for pro or national artists.  On the flip side, with the right videos on youtube, enough subscribers, and Instagram followers, many people, and especially women have broken through the glass ceiling that traditional cosmetic companies have created with the “pro artist” positions and have become popular, sought after, and paid!  Makeup Shayla, Am Reezy, and Mac Daddy, are all former artists from MAC cosmetics who have risen to the top! According to thefashionspot.com, they each make at least,get ready for this, $14,000 a month!!(why did i bother going to grad school?)  Tons of brands have sought after them to use and feature their products on their social media platforms(which they get paid for, but I ain’t mad), have taken them on expensive trips to exotic places, etc… I have only named three, but there are hundreds if not thousands of these “make up marketers” that companies have made the focus of their attention!  Now lets revisit the traditional “national/international/pro artist”. 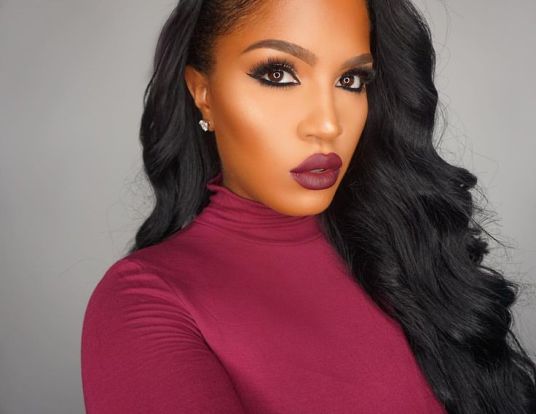 With social media “make up marketers” killing the game and taking home hundreds of thousands and some times millions of dollars, traveling the world on cosmetic brands dime, getting more free makeup than they could ever use on themselves, their clients, or give away, and tons of other perks, why on earth would any one aspire to be a “national/international/pro” artist for a cosmetic company with a salary that caps off at about six figures if you are lucky?  The answer is pretty simple, while the famous Youtube “makeup marketer”role seems like an easier route, it isn’t.  The amount of work that goes into shooting video’s, editing video’s, having the right equipment, products, back drop, outfits, etc… is hard as f##k.  Not only that, being consistent with posting to various social media platforms is also extremely difficult, especially when you factor in your life! ( I have a hard time posting once a week!) Learning the best times to post, types of posts, number of posts, and hashtags can also be overwhelming. The bottom line is that  when you decide to become a youtube personality, you decide to be a filmmaker/entrepreneur, and everybody is not cut out to for work for themselves. That sobering revelation brings all sorts of relevancy to the more structured “national/international/pro artist” position with a cosmetic company.  In order for these positions to stay relevant with their audiences i.e customers, companies have got to restructure these positions.

The first thing that companies should do is make these positions a certain amount of years with six being the cap, two to learn the job, two to execute the job, and two to transition out of the role.  If companies do this, it would allow more artists to compete for these coveted positions.  That competition would mean better artistry and better sales from more employees equaling more revenue in general.

The second thing that companies need to do is make the the people who have these positions more visible via social media.  I think it is downright embarrassing that I have more followers than some of my trainers!  These are people that are supposed to be respected and admired, but if they have little to no presence via social media, their credibility goes down the drain.(this ain’t right, but it is the truth in this age where social media reigns supreme!)  Companies should offer training sessions for their national, international, pro artists, and trainers to equip them on how to create larger social media presences for themselves so that their knowledge is respected just as much as a mega Youtubers like MakeupShayla or Am Reezy.

The last thing that major cosmetic companies should do is create new positions for their special artists when they complete their term of being a “national, international, or pro artist”.  Their expertise could be used for product development, packaging, customer service, artist development, training, and tons of other things.

My fear is that these positions which were once worshipped and coveted will become ignored and forgotten.  Before any of that happens, I would love to see companies acknowledge the times and make these positions relevant again!

Hi everyone! My name is Michanna pronounced ("Mih-cah-na"). I'm a full time freelance makeup artist, content creator, and lover of all things beauty. I love to teach women my quick, easy, and fun tips and tricks to achieve polished looks using affordable makeup. I started my makeup artistry journey over a decade ago. Now I create content to educate and inspire women all over the world to achieve beautiful makeup looks on themselves with quality products that are affordable and sometimes even multi functional. View more posts

4 thoughts on “The National/International Makeup Artist, Does anyone still care about them?”