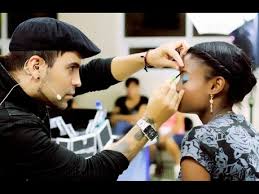 It seems like if you want to have any major success in the beauty industry you have to be two things, male and gay. This has been true it seems since time began! Think about it, most “celebrity MUA’s” that are catapulted to major success are men! Sam Fine, Scott Barnes, the late great Kevin Aucoin, Francois Nars, Reggie Wells, A.J. Crimson, Nick Barose, and new comers Renny Vasquez, Patrick Star, and Angel Merino all represent just a few of the men who have all had the amazing opportunities to touch the faces of many of the most influential women in television, film, music, and sports. When you enter the department stores and look at each specific cosmetic brand, they are all lead artistically and creatively by gay men as well. In my own personal experience, I have witnessed women unknowingly promote this dichotomy. 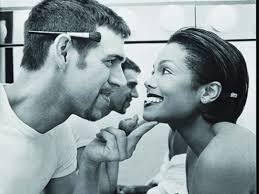 After years of trying to understand why gay males seem to have major advantages in the world of beauty, I have come to a few conclusions. My first theory is simple. We live in a patriarchal society where men are at the top of the food chain. While the beauty business is marketed towards women mostly, it is not exempt from a patriarchal norm. My other theory which still is linked to the first one is the “Lean In” initiative, or in most women’s cases the lack there of. Sheryl Sandberg’s book Lean In discusses how women lack the ability to take initiative in order to become leaders and decision makers in corporate America. Where women fall short, men succeed assuming that they always have a “seat at the table”, giving them the confidence needed to “lean in” and do whatever they please. With this theory (supported by tons of evidence) there is no wonder that in a  industry marketed towards mostly women, men reign supreme.

Another personal theory that I have is that women allow their insecurities to hinder them from receiving help from the same sex. The one thing that I have seen on a weekly and sometimes daily basis for the ten years that I have been a professional make up artist are the observations of women choosing men over women when it comes to doing their makeup- most of the time having absolutely no clue what their skill set is.

In 2006 I was working for a company who at the time, prided itself in hiring good/experienced make up aritsts. A part time retail MUA position was open and needed to be filled. An extremely charming, articulate, and well dressed openly gay man interviewed for the position. Not only did he charm the false eyeslashes off of the hiring managers, but he also charmed the whole staff including me! The staff agreed that if he could charm the pants off of us, he could sell makeup to anyone! While that assumption was true, there was one major problem. He did not know how to do makeup to save his life! His first day came, and of course he was his up beat, well dressed, articulate, and charming self. The women streamed in and like clock work, repeatedly told me and the other female staff members who greeted them and were ready to help that they were “waiting for him”. Whenever I greeted a women and received that response, I would smile and burst out laughing in my head because the new guy and I had an agreement. Because I was experienced and he was not, he would destroy their faces, and then call me over to fix all of the things that he did wrong. He and I had become friends, and so I had no problem helping him out. The look on the women’s faces when little ole makeup peasant me would have to come over and save the day was priceless and unforgettable. Fast forward to the present day and still like clock work if there are men and women behind the counter nine times out of ten, the female clients will go to the male makeup artists.

It seems like women, straight women at least have decided that since it is men they desire sexually that even if the MUA’s are openly and obviously gay they must be able to provide advice that may be helpful in aiding these “straight” women in finding a mate. Ive noticed women become complete putty in a male’s makeup chair allowing them to sell the women anything. I have even witnessed women be uncomfortable with the mans selling style because it is super aggressive, but still agree to spend hundreds of dollars.

Moral to this story? Don’t judge a makeup artist by their sex or gender! Some women are amazing and some men are terrible.

Hi everyone! My name is Michanna pronounced ("Mih-cah-na"). I'm a full time freelance makeup artist, content creator, and lover of all things beauty. I love to teach women my quick, easy, and fun tips and tricks to achieve polished looks using affordable makeup. I started my makeup artistry journey over a decade ago. Now I create content to educate and inspire women all over the world to achieve beautiful makeup looks on themselves with quality products that are affordable and sometimes even multi functional. View more posts